COVID-19 UPDATE: We are OPEN and AVAILABLE 24/7 by phone, email or video conference

The Consequences of Refusing Breath or Blood Tests in Colorado 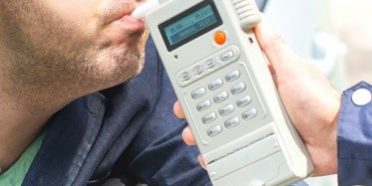 Before tackling the consequences of a breath and blood test refusal, one should first know the difference between preliminary (pre-arrest) and evidentiary (post-arrest) breathalyzer test or blood test. The former occurs on the road, while the other one happens at the police station.

If an officer pulls over a driver who appears to be suspect of drunk driving and asks them to take standard field sobriety or a preliminary breath test, those examinations are considered preliminary tests. A person can legally decline them without getting penalized.

However, saying no to a preliminary examination doesn’t automatically mean that they can drive home freely. The officer can still arrest them for DUI if they find other “clues” that give them probable cause to believe the person is driving under the influence.

Now, following Colorado’s express consent law, one a driver is arrest for DUI, they must give their consent to undergo DUI chemical testing or evidentiary examination if the law officer suspects them of the following:

If a person got arrested for any of these, they have the right to decline an evidentiary breathalyzer test or blood test. However, this refusal bears serious penalties such as:

If you have been arrested for DUI, you must contact a DUI attorney right away. At Maher & Maher Law, PC, we have lawyers who have spent years representing DUI cases in court. We are highly passionate about helping our clients, and we will do everything we can to defend their rights. If you need an attorney to handle your case, don’t hesitate to reach out to us. We offer free consultations.